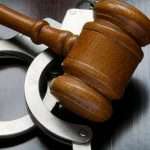 Pennsylvania Attorney General, Kathleen Kane, was found guilty of nine criminal charges by a jury Monday for leaking grand jury related information about a political rival to a Philadelphia Daily News reporter. After leaking the information, she then lied under oath about it in a scandal that stirred concern among the state government in Harrisburg. … Read more

A tech support employee with Florida Power & Light is accused of stealing more than $16,000 worth of company computers in order to feed his drug habit. According to an article in the Sun Sentinel, John Anise surrendered to police on Tuesday, told police he had a drug problem and that he had gone to … Read more

The information on this website is for general information purposes only. Nothing on this site should be taken as legal advice for any individual case or situation. This information is not intended to create, and receipt or viewing does not constitute, an attorney-client relationship.